This Sliding Bar can be switched on or off in theme options, and can take any widget you throw at it or even fill it with your custom HTML Code. Its perfect for grabbing the attention of your viewers. Choose between 1, 2, 3 or 4 columns, set the background color, widget divider color, activate transparency, a top border or fully disable it on desktop and mobile.
Toggle SlidingBar Area
Homepage rodolfo 2021-03-13T09:15:31+00:00
Elliott is an author, speaker, social entrepreneur, athlete, and coach. 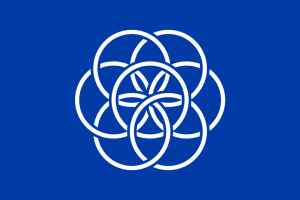 Imagine humanity were really working as one cohesive organism – where’s the platform that facilitates that?
It doesn’t exist. We have to build it.
Find out more at GlobalUnity.org

Organized, Professionally Designed Beginner Brazilian Jiu-Jitsu Courses
Elliott has been studying Brazilian jiu-jitsu for 25 years. A philosopher by nature and a gifted teacher, he has created video courses to help you really understand Jiu-Jitsu – the name of both his upcoming book on the subject and his member’s community. 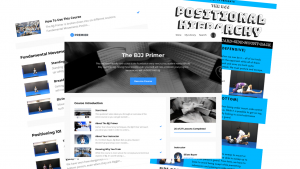 The first course in his library is The BJJ Primer – a course explaining the theories, concepts and frameworks needed to make sense of all the techniques new students learn. This is appropriate for new students and instructors who want a simple set of concepts that help beginners understand Jiu-Jitsu.

The second course is BJJ101 – The Blue Belt Curriculum. Designed to give you all of the fundamentals of self-defence, takedowns, safety, ground defence and escapes, ground offence and control as well as attacks and submissions. Whereas most curricula contain 50-150 techniques, BJJ101 contains 300+ – but is easier to learn because of the innovative gameplay-based format of teaching.
To learn more or get your own copy, visit www.BJJ101.tv. 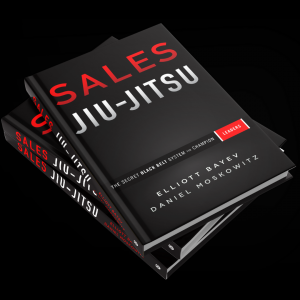 Elliott’s first book, a co-authorship with sales black belt Daniel Moskowitz uses a Jiu-Jitsu competition as an analogy for a sales engagement. Based on the Jiu-Jitsu Success Formula, a four-part system for

any challenge, Sales Jiu-Jitsu applies that formula to a sales engagement. Rather than seeing the prospect or client as an “opponent” old-school sales philosophies might, Sales Jiu-Jitsu is based on a philosophy of sales-as-service. It teaches how to overcome the forces that get in the way of being able to help clients with our products or services.

Sales Jiu-Jitsu is available on Amazon and the ebook hit international best-seller in a number of categories. Elliott and Daniel have been invited to speak on a number of stages for large organizations looking to improve the efforts of their sales teams, as well as multiple high-profile podcasts.

Visit www.SalesJiuJitsuBook.com to learn more or to get a free course

Jiu-jitsu is known for enabling the smaller person to overcome the bigger person. How? What’s the secret? Positioning. From a good position, things are easy, from a bad one they are difficult. A big person you stand in front of is far more dangerous than one you stand behind.

The classic example from The Art of War: when fighting on a hill, fight from the top, facing downward. Gravity is on your side and works against the opponent. Even better is to have the sun behind you — it becomes difficult for the opponent to see. The idea is to find or create positions that have natural advantages.

Fifteen years ago, I had an idea for a large-scale impact project. It was going to take years just to articulate. Working 50 to 60 hours per week, I wasn’t in position to make it happen. I didn’t control my time. Entrepreneurship was the ultimate positional improvement because it would (eventually) give me the freedom to write when I wanted.
In jiu-jitsu, we say “Don’t try to win from where you are. Try to get into such a good position that winning is inevitable.” Rather than engage in direct battle from a weak position, position yourself […]

Since being introduced to the world by the Ultimate Fighting Championships nearly 25 years ago, Brazilian jiu-jitsu has exploded in popularity. While it may seem like a facile art — it involves little to no hitting, just what looks like complicated wrestling — there is something special here, something transformative.

That is why it’s moving from a subculture into the mainstream with celebrities like Demi Lovato, Ashton Kutcher, Anthony Bourdain and Keanu Reeves, as well as intellectuals and authors like Sam Harris, Ryan Holiday and Tim Ferriss training in and raving about it.

Why is jiu-jitsu becoming so popular? And what can it teach anyone, let alone entrepreneurs? Aside from being considered one of the most effective forms of self-defense, it’s healthy, social, empowering, interesting and a hell of a lot of fun. Beyond all of its physical benefits, it’s a life hack. Over the next ten posts, we’re going to take a look at just a few of the many powerful life lessons jiu-jitsu teaches.